When a low glycemic meal is consumed, blood glucose elevates at a slower pace, allowing the pancreas to moderate the amount of insulin released so it is relative to the volume of glucose. Because there is less insulin circulating in the bloodstream, fewer cells absorb glucose; levels never fall below optimal range. Food cravings and low energy crashes diminish, as the body is consistently able to utilize body fat as its primary source of energy.  Consuming balanced low glycemic meals maintains a consistent balance of hormone levels, allowing the body to function efficaciously with optimal health.

Characteristics of a Low Glycemic Lifestyle:

All Renue Health Programs recognize that a low glycemic nutrition plan is not only important for the reasons indicated above, but also because:

These two hormones use the same receptor site to communicate with cells; therefore, only one hormone can be functionally elevated at a time. Managing insulin with a low glycemic diet will allow growth hormone to be optimally high and functional. 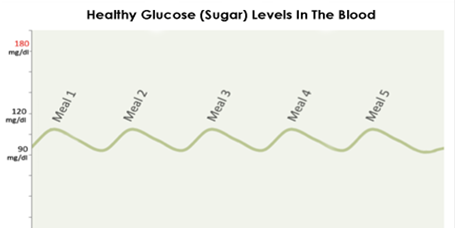 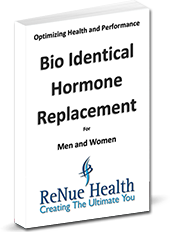